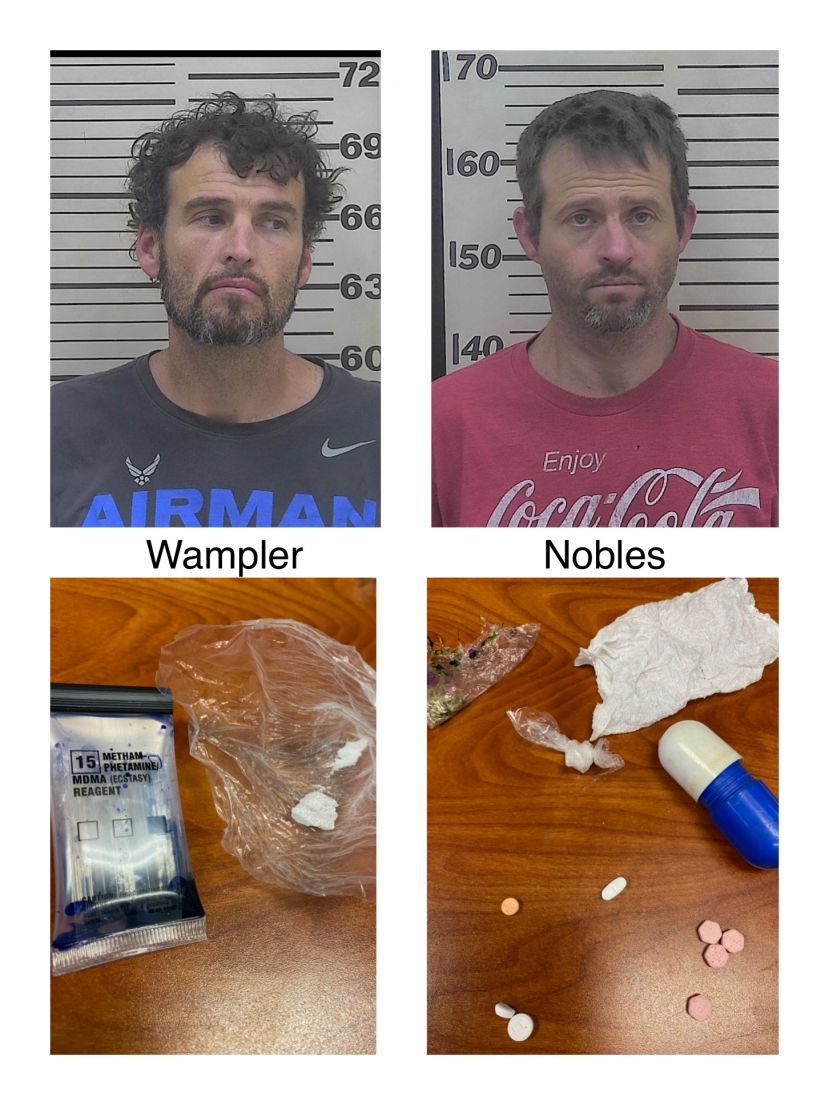 The Coffee County Drug Unit made another arrest this week, placing two men behind bars after they reportedly discovered methamphetamine and multiple controlled substances during a search of the vehicle.

According to a CCDU preliminary report, on November 21, a corporal conducted a traffic stop on a vehicle driven by Jerred Wampler for multiple violations, including window tint and failure to maintain lane.

Officers searched the vehicle and a detective discovered a blue and white capsule under the passenger seat. The capsule, according to the report, contained suspected methamphetamine, suspected sublingual, suspected Clonazepam, suspected hydrocodone, and a misdemeanor amount of suspected marijuana.

According to the report, neither Wampler nor a passenger in the vehicle, Joshua Nobles, would claim the capsule's contents.

When the arrests occurred, Wampler was on parole. He was released from prison in July and has served time for charges including theft by receiving stolen property, possession of methamphetamine (2x), and possession of a firearm by a convicted felon.

More in this category: « 32-year-old allegedly forces way into a home, says he kills everybody, then sits down and has a meal Movie date turns violent after alleged jealous ex shows up »
Login to post comments