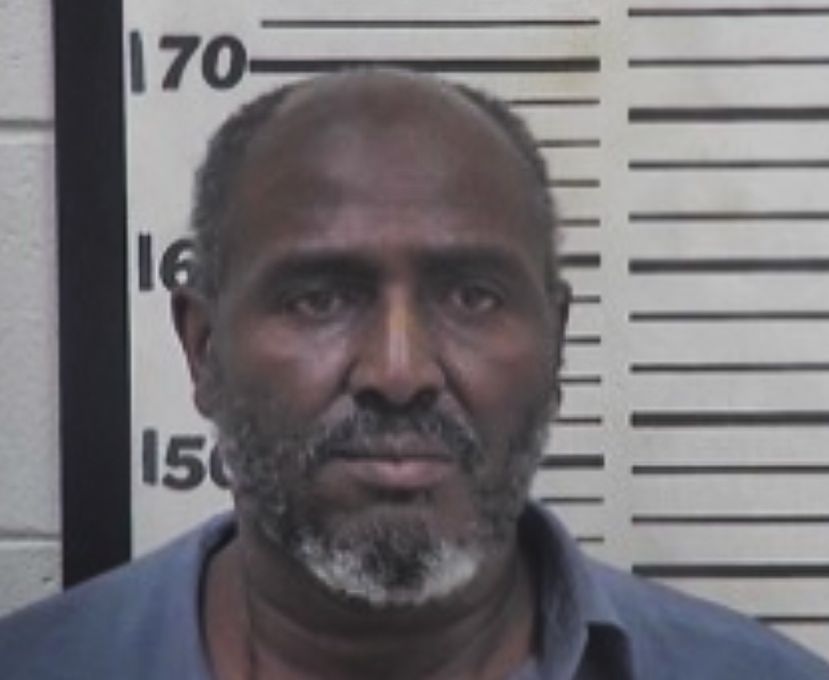 Darren Mobley, 57, will spend his Thanksgiving holiday at the Coffee County Jail after allegedly stabbing a 17-year-old boy with a pocketknife.

According to a copy of a Douglas Police Department incident report, on November 17, an officer was dispatched to a residence on Old Axson Road in reference to a stabbing. The report states that Mobley and the victim were both at the residence when the officer arrived, with Mobley located in a bedroom inside the home.

Mobley told the officer that he had a dispute with the victim that led to the stabbing but accused the victim of being the aggressor. According to Mobley, he went into the room after hearing the victim and his mother arguing. He told the officer the victim "jumped up and got in his face" during the argument after he told the 17-year-old that he was "tired of him disrespecting his mother and talking back to her." Mobley stated that the verbal dispute led to a physical "tussle" and that he pulled out his Stonebridge pocket knife "to defend himself from the victim," with the victim "being stabbed during the tussle."

A woman at the home when the altercation occurred reported that Mobley came into the living room and began arguing with the victim's mother. According to the witness, the victim stood up to get Mobley to stop arguing with his mother, and Mobley told him he was "tired of hearing him run his mouth." Mobley, according to the witness, then pushed the victim against a counter before hitting him two times in the abdomen. She stated that she saw the victim's eyes get big but didn't know at the time that he had been stabbed.

The victim and his mother spoke to the officer at the hospital and the officer reported that he "could see where the victim was stabbed in the abdomen on his left side, just below his ribs. The victim gave a statement similar to that of the witness as to what occurred, stating that while the two were tussling, he "felt something in his abdomen but wasn't sure what it was." The officer reported that the victim stated that he then saw blood and ran outside.

According to the victim's mother, she saw her son's eyes get big after he was pushed against the counter but also did not know what had happened until the victim said there was blood.

Officers collected the knife and placed in the evidence locker at the Douglas Police Department.

Mobley was charged with one count of aggravated assault and is in custody at the Coffee County Jail.

More in this category: « Trial recap: Jury finds Justin Anderson innocent of murder, guilty of tampering with evidence and making false statements 32-year-old allegedly forces way into a home, says he kills everybody, then sits down and has a meal »
Login to post comments