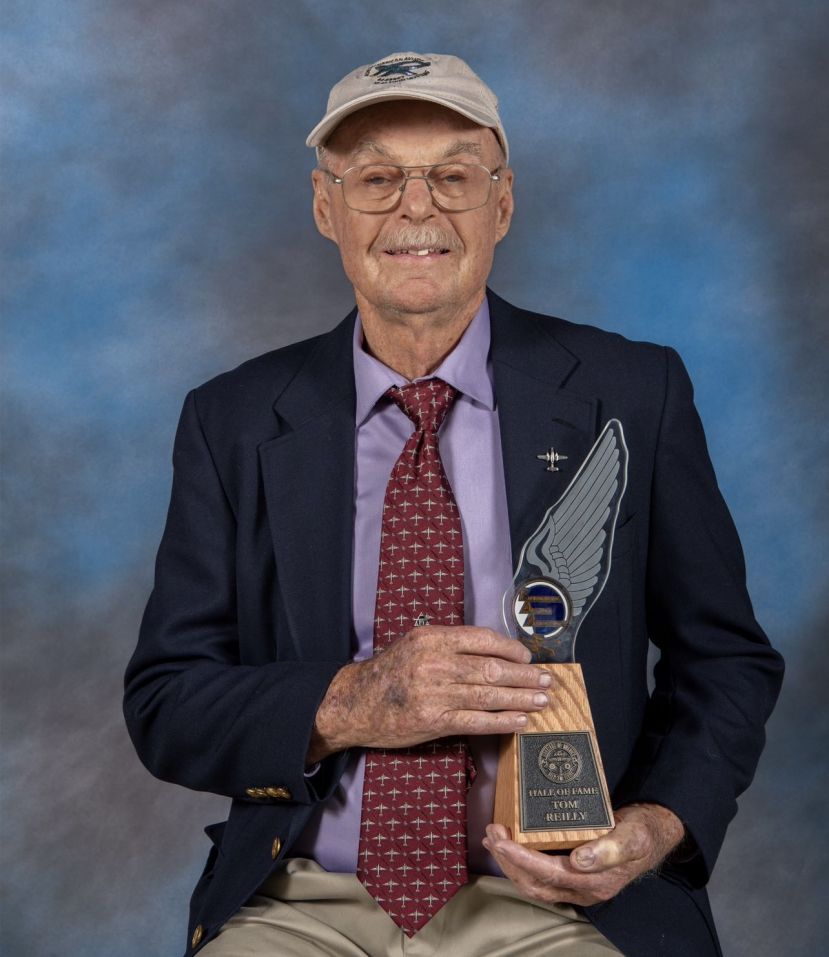 Five individuals who contributed greatly to recreational aviation, including one man from Douglas, were honored on November 10 as they were inducted into the EAA Sport Aviation Halls of Fame during a ceremony and dinner at the EAA Aviation Center in Oshkosh, Wisconsin.

Tom Reilly's piloting and restoration accomplishments are legendary within the warbirds community. He has more than 5,500 hours logged as pilot-in-command, primarily in warbird aircraft, with more than 2,600 hours in North American B-25 bombers including his own B-25 named Killer B. He has also instructed more than 20 pilots through their B-25 ratings. Reilly is equally as renowned for his restoration work on more than 20 warbird and vintage aircraft. The crown jewel of those restorations was the recent completion of the rare North American XP-82 Twin Mustang, which earned Grand Champion honors at EAA AirVenture Oshkosh and the SUN N' FUN Aerospace Expo in 2019, as well as the Golden Wrench and Phoenix awards at Oshkosh that year.

The EAA Sport Aviation Halls of Fame were established to honor the outstanding achievements of men and women in aviation who share the spirit of EAA and its community. Those inducted into the halls of fame are selected by their peers for myriad contributions made to their respective areas of aviation.

More in this category: « Man taken back to jail two days after being released on bond A fight in West Green lands one in the hospital, another in jail »
Login to post comments