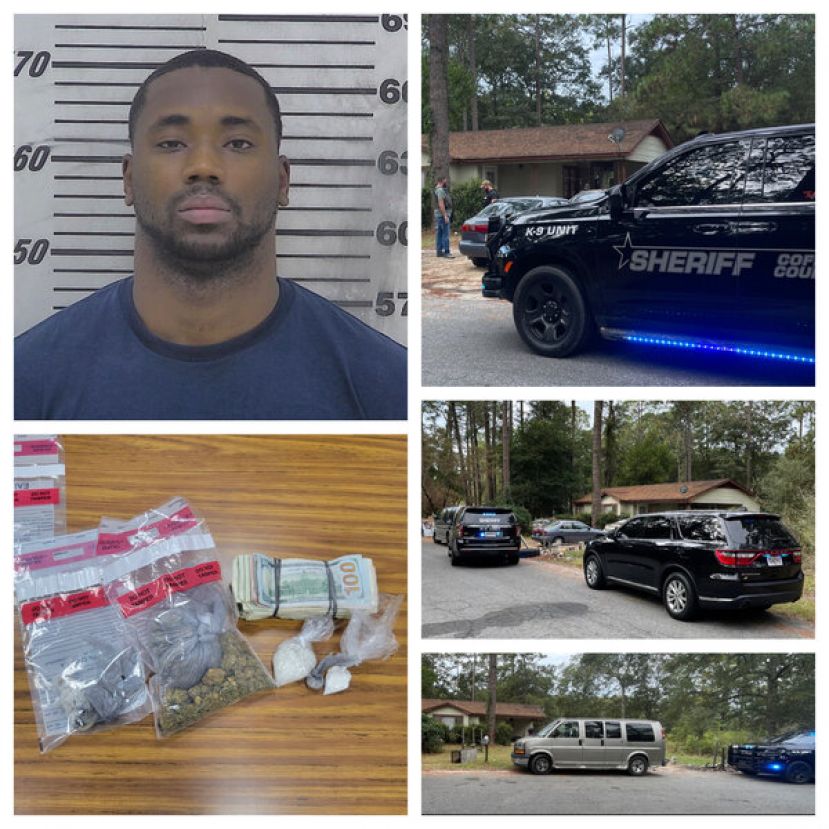 Investigators with the CCDU and the K-9 unit arrived at the home, located on Davis Avenue, on Monday, October 17, just before 11:00 a.m. to conduct the search. As a result, the CCDU discovered a variety of suspected drugs inside the residence, including quantities of methamphetamine, cocaine, Oxycodone (a Schedule II controlled substance), and a large quantity of marijuana.

Documents online filed in the Superior Court of Coffee County show that Tucker was previously arrested in December 2019 on one count of battery-family violence for allegedly punching a woman in her face. He pled guilty to the charge in August 2020.

On Wednesday, October 19, investigators with the CCDU conducted their second search of the week at a residence in Coffee County. Additional details will be released soon.