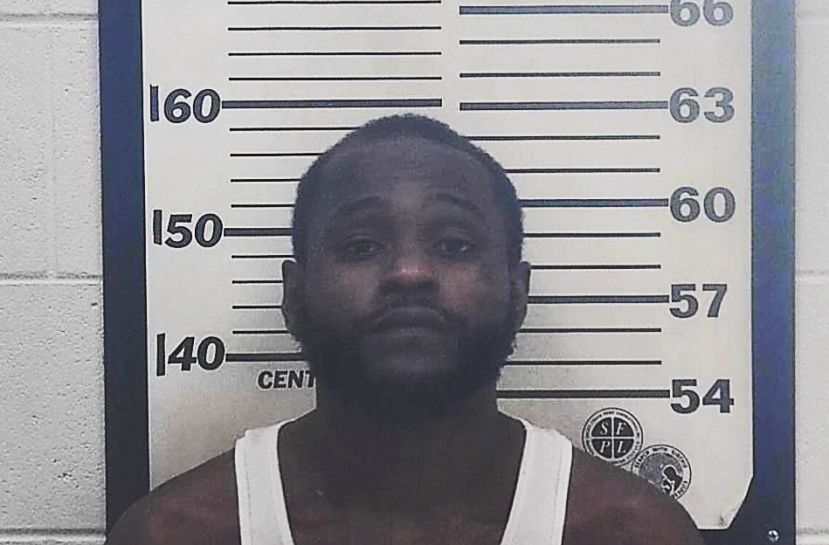 Brandon Shakeel Carter-Mitchell, who was released from the Georgia Department of Corrections after pleading guilty to drug charges, is back in custody following a recent arrest by the Douglas Police Department.

According to a copy of the incident report, on September 15, an officer with the Coffee County Sheriff's Office was dispatched to a residence on Teal Street in Douglas after a complainant reported receiving threatening text messages from an individual named Brandon Carter-Mitchell. The complainant told the officer that the suspect was currently residing at a home on McDonald Road in Douglas.

The officer went to the McDonald Road residence and he smelled an extremely strong odor of marijuana. The officer then requested the Douglas Police Department's assistance due to the home being located within the city limits.

Two officers with the department were dispatched to the location, with one also reporting smelling the odor of marijuana coming from inside the home. The report states that the officers observed around 7-10 people in the yard and on the front porch.

The report states that the officers were told that only three individuals resided in the home, and based on statements from the individuals who claimed to reside in the house, they "felt it was best to obtain a search warrant at that time."

While the report does not include details regarding what was discovered during the search, the warrant accuses Carter-Mitchell of possessing 94.4. grams of marijuana and 4.7 grams of molly inside the residence, both of which they say he intended to distribute based on other evidence discovered during the search. The warrant also states that one suspected Acetaminophen and Oxycodone Hydrochloride 325 mg/10 mg tablet was also discovered. The last warrant states that he “knowingly and willingly with the close proximity of a felony amount of contraband a Hi-Point C9 9MM pistol firearm during the commission of possession of a controlled substance with the intent to distribute."

According to the Georgia Department of Corrections website, Carter-Mitchell, spent four months in the Baldwin State Prison in 2019 after pleading guilty to possession of a Schedule I controlled substance (cocaine) and receipt, possession, or transfer of a firearm by a convicted felon or felony first offender.

According to a copy of Monday's jail roster, Carter-Mitchell remained in custody and has not been released.