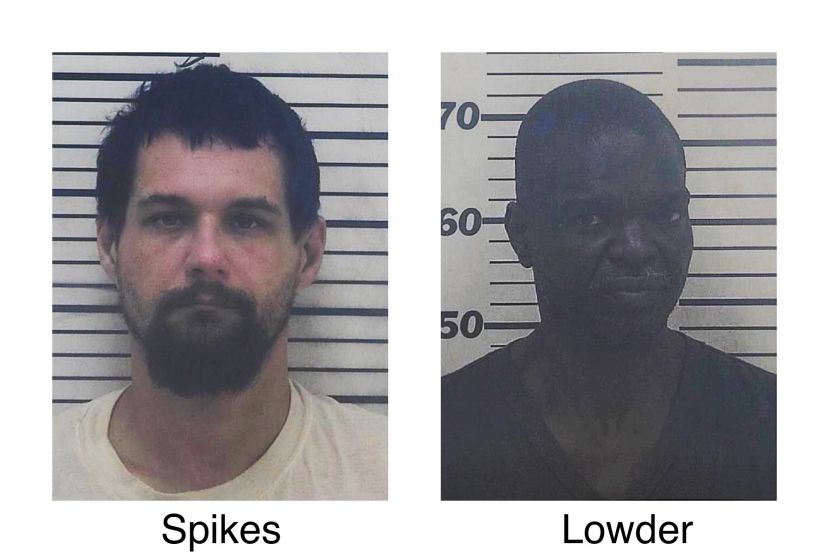 Shamont Maurice Lowder and Anthony Theodore Spikes, two local convicted sex offenders, are back in jail after they reportedly failed to follow their registration requirements.

According to a copy of a Coffee County Sheriff's Office report, on August 23, a detective was notified by a Ware County Sheriff's Office employee that a registered sex offender who had a Douglas address had been arrested in Ware County. The report states that the offender was identified as Anthony Theodore Spikes, who had last reported the address of a residence at 159 Gracie Lane in Douglas.

On May 17, 2022, according to the CCSO deputy, a detective, while attempting to conduct an address verification on Spikes, was informed that he was incarcerated in Pierce County. The detective contacted Pierce County Jail and requested a booking report, which revealed that Spikes was released from their custody on May 20, 2022. In Georgia, registered sex offenders are required by law to report to their local sheriff's office within 72 hours of being released from jail, which he allegedly failed to do.

The detective then went to Spikes' last known address on Gracie Lane and spoke to a man who informed him that Spikes had not lived at the residence since August 17, 2022. The detective asked the man how he knew Spikes had not been staying at the home, and the man stated, "Because I made him leave." The individual reported that he believed Spikes was residing in Waycross at the time, and, according to the deputy, Spikes had also not registered a new address with the Coffee County Sheriff's Office, which he is required to do.

Spikes, according to the GDC, was added to the registry after he was found guilty of statutory rape (sexual motivation) in Brantley County in 2014. The conviction led to Spikes serving a little over four years in prison from February 2013 until May 2015. However, he has spent two other terms in a GDC facility on convictions of criminal interference with government property, obstruction of a law enforcement officer (6x), theft by taking, and aggravated battery (2x). He was recently released from Dooly State Prison on May 4, 2022, which was just a few weeks before his Pierce County arrest.

On September 30, Spikes was located and taken to the Coffee County Jail, where he was booked on one charge of failure to report address change of a sex offender.

Shamont Maurice Lowder, age 50, was also charged after he allegedly failed to comply with registration requirements. According to a copy of Lowder's warrant and the local sex offender registry, he was residing at 825 Thompson Drive in Douglas. He has been wanted by local authorities numerous times for violations of his requirements as a registered offender.

According to the Georgia Department of Corrections website, Lowder has been convicted of child molestation in Ware County in 2007, and also convicted of failure to register in Coffee County in 2011 and 2018. On his first conviction, he spent over three years in prison, and then from June 2012 until April 2016 on his first offense of failing to register in Coffee County. He spent close to three years on his most recent conviction, from February 2019 to December 2021, and was recently released from the Autry State Prison in December 2021.

Both Spikes and Lowder were denied bond and are being held in the Coffee County Jail.

A list of all local sex offenders can be viewed at https://www.icrimewatch.net/index.php?AgencyID=55073&disc=.