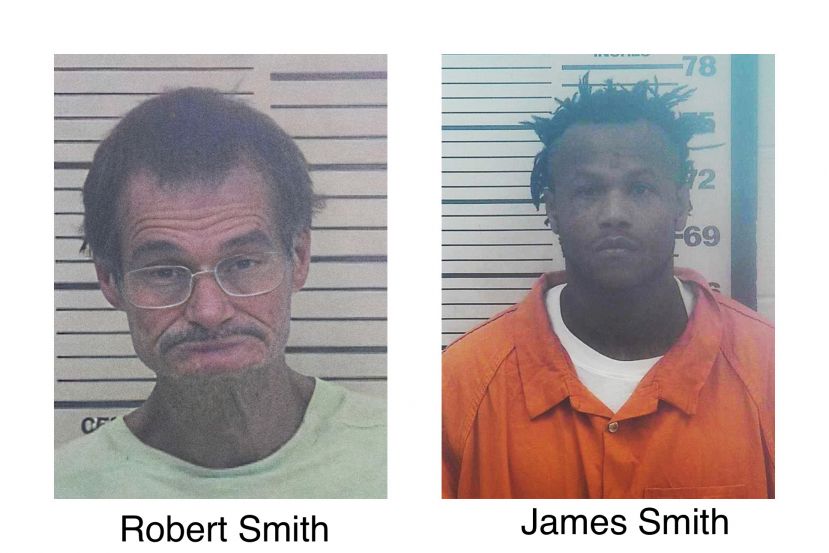 The victim of a crime found himself in jail after he called 911 to report someone attempting to break into his home.

According to a report from the  Coffee County Sheriff’s Office, on September 23, a sergeant was dispatched to a residence on Highway 221 North about a person breaking a window and a storm door at a home. When he arrived, he spoke with Robert Frank Smith, 59, who said James Lamar Smith, 37, had come to his home looking for his girlfriend and began beating on the door. Robert told the officer he walked into another part of the home and could see James outside beating on the door until the glass on the storm door broke. He also claimed James then threw an unknown object at the plate glass window, causing it to also break. He then watched James walk away.

A witness was also at the scene when the crime was said to have occurred and told the sergeant she had also heard the glass on the door and window break when she heard James yelling. According to the witness, James shouted, "I am going to get everybody in there."

The sergeant tried to find James but was unsuccessful. However, James was arrested later in the day on a felony charge of criminal damage to property in the second degree.

While the sergeant was at the scene, he discovered that Robert was wanted by the State Board of Pardons and Parole for a parole violation.

According to a local official, Robert was wanted on a charge of possession of cocaine with the intent to distribute. He was informed of the warrant and also taken to the Coffee County Jail.

According to the Georgia Department of Corrections website, Robert was given an early release from the Baldwin State Prison in 2020. His listed max possible release date was not until March 8, 2033.

The GDC shows that since his first conviction in 1981, Robert has spent 25.5 years in prison on seven separate occurrences.

As of Thursday morning, both Robert and James were still being held in the Coffee County Jail.