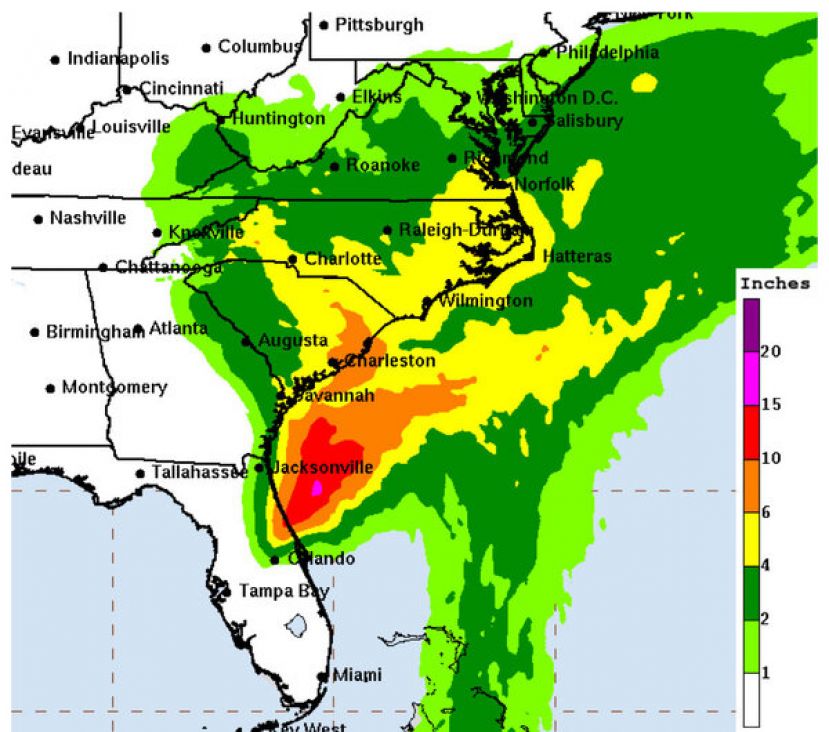 According to Coffee County Emergency Management Director Steve Carver, Coffee County is no longer anticipated to receive a significant amount of rain from what is now one of the strongest storms in U.S. history. At 11:00 a.m., forecasters reported that Ian was around 230 miles from Savannah, traveling north-northeast with a wind intensity of approximately 70 mph.

Carver said that locals should expect to see an average of roughly 20-25 mph winds throughout the day. The chance of heavy rain is also no longer predicted, with Carver stating that no more than a quarter of an inch should now be expected.

The storm wreaked havoc in some areas of Florida yesterday, knocking out electricity for more than 2.6 million people and possibly killing "hundreds" of people. As of Thursday, Florida's officials reported having received over 900 calls from people who were stuck inside their flooded homes and needed assistance.

Officials with the National Hurricane Center reported that Ian was close to Category 5 hurricane status as it made landfall near Cayo Costa yesterday afternoon, pummeling the island with 150 mph winds.

Ian has now been downgraded to a tropical storm, with winds of around 70 mph., but it is expected to strengthen back into a hurricane before making landfall between Savannah and Charleston, South Carolina, on Friday. A life-threatening storm surge, tornadoes, and tropical storm force winds could affect Savannah and other areas of north coastal Georgia.

More in this category: « Clark pleads guilty to aggravated assault, will serve one year in jail Victim reports crime, also gets arrested »
Login to post comments