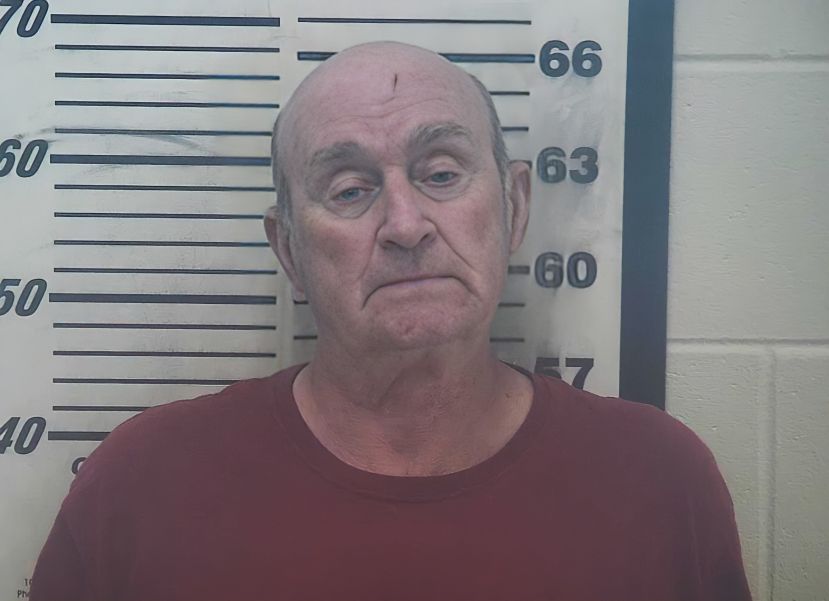 An altercation that reportedly began over a pair of misplaced AirPods caused Charles William Thrift Jr. of Douglas to receive felony charges last week. The lost item led Thrift Jr. to allegedly hit two family members and threaten to shoot a victim while pointing a shotgun at her.

A Coffee County Sheriff's Office report states that on September 7 around 7:30 p.m. he spoke to a woman at a residence on Rolling Hills Lane in Douglas regarding an altercation that had occurred involving 69-year-old Thrift Jr. The woman reported that she had been asleep but woke up to Thrift Jr. “yelling and fussing” about a pair of misplaced AirPods.

The victim stated that she attempted to calm Thrift Jr. down, but that as she was talking to him, he began to punch and hit her on her chest, arms, head, and neck. At that point, the victim’s daughter entered the room and tried to de-escalate the situation, but, according to the report, Thrift Jr. punched her daughter in the left eye.

The victim accused Thrift Jr. of then retrieving a shotgun from the bathroom, and said she then ran behind him, trying to take the firearm from his hands. She told the officers they somehow ended up in a closet and that Thrift Jr. pointed the gun at her and stated, “I will f****** shoot you.”

The reporting officer noted in his report that he observed scratches, blood, and bruising on the victim’s forearms, wrists, fingers, and chest.

Another individual at the scene, who said he was there to fix the suspect’s lawn mower, told the officer when he arrived he heard Thrift Jr. and the victim yelling in the residence. He said he entered the home to “see what was going on,” and heard Thrift Jr. scream “If you come in here, I will kill you” from one of the rooms in the house. According to the witness, he believed Thrift Jr. only made the threat because he thought it was the victim’s son who had entered the residence, as he was on his way to the home at the time. The witness said he then was able to get Thrift Jr. outside the residence and that he took the gun.

The victim’s daughter also told the officer that when Thrift Jr. punched her in the eye, her two underage children witnessed the act.

Thrift Jr. was arrested that night and booked into the Coffee County Jail on two counts of battery, two counts of cruelty to children in the 3rd degree, and one count of terroristic threats and acts. He was released on a $12,300 property bond the following morning.

More in this category: « DPD apprehends third suspect in 2020 assault One killed in crash with truck on 32, truck driver escapes burning rig »
Login to post comments