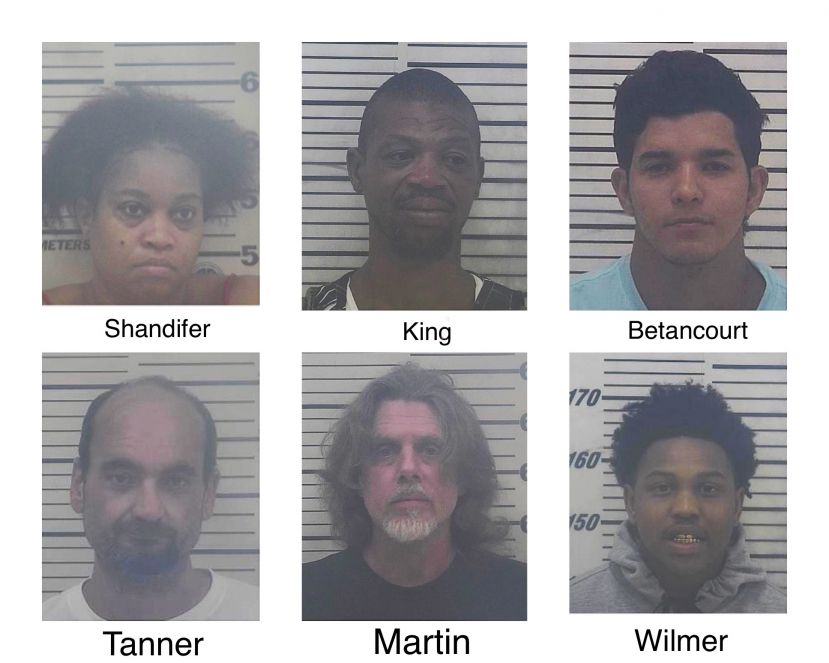 Several individuals appeared before Judge Andy Spivey this week for bonds hearings on pending charges, with only two defendants, Shedrick King and Quanda Standifer, having their motions approved.

King, according to a copy of an arrest warrant, was adjudicated guilty in 1997, at the age of 18, on one count of purchase, possession, manufacture, distribution, or sale of marijuana, which led to a felony conviction.

In Georgia, any person convicted of a felony is prohibited from owning or possessing a firearm and can face a prison sentence of 5 years if found guilty of the offense.

According to the document, a warrant was issued for King's arrest on August 15, 2022, by the Douglas Police Department for "willingly and knowingly being convicted of a felony, did possess a Sccy CPX-2 9 mm" pistol on August 12, 2022, at the In and Out convenience store in Douglas.

King, 43, was charged with one count of possession of a firearm by a convicted felon and booked into the Coffee County Jail three days later.

Since, King has remained in jail awaiting the bond hearing, with the public defender's office filing the motion on August 19.

During the hearing on Thursday, a female who was with King at the time of his arrest presented documents showing proof that she was the owner of the gun, and her carry permit. The witness presented an April 2021 receipt from Top Dollar Pawn and Gun, which showed the purchase of a Sccy CPX-2 9 mm pistol, which was priced at $369. She also included a photo of her license, identifying her as the owner of the firearm.

The serial number listed on the receipt showed to match the number on the firearm discovered.

Judge Spivey granted King a $5,000 bond while the charge is worked out in the court system.

Quanda Standifer was also granted a property reinstated bond in the amount of $20,000, one she was released on in March 2021. Standifer was charged last year on multiple counts of financial transaction cards after allegedly using another individual's credit card without their permission. She was released on bond in March 2021, but a bench warrant was issued earlier this year after she failed to appear for a court appearance.

Last month, Standifer was taken into custody on the warrant on August 22 and had been incarcerated at the Coffee County Jail since.

A man accused of aggravated child molestation, Franco Betancourt, was denied bond after he allegedly drove by the victim's home and tried to get her attention while he was out on bond. He was released on bond shortly after he was arrested, with the state filing a motion a month later asking that his bond be revoked following the accusation. He was taken back into custody on August 22 on the warrant. Betancourt, a 23-year-old from Douglas, was initially charged with statutory rape of a child under the age of 14. Soon after, additional evidence was presented to a grand jury, who returned a true bill on one count of aggravated child molestation.

The victim in the case took the stand and told the judge that after Betancourt was released on bond, she witnessed him drive by her home and blow the horn. While prosecutors stated it is not "unusual" for this to occur since the defendant lives "near" the victim, Betancourt "slowed down" in front of the victim's home and "began blaring his horn in an attempt to make contact with the victim."

Judge Spivey denied Betancourt's bond, stating he presented a significant danger and/or threat to the community, "specifically the victim."

A status conference will be held on Tuesday, September 13, with announcements made on pending cases. Criminal trials will be held on the last week of September, with jury selection starting on Monday, September 26. At this time, no trials have been scheduled, but will be announced the week before they take place.