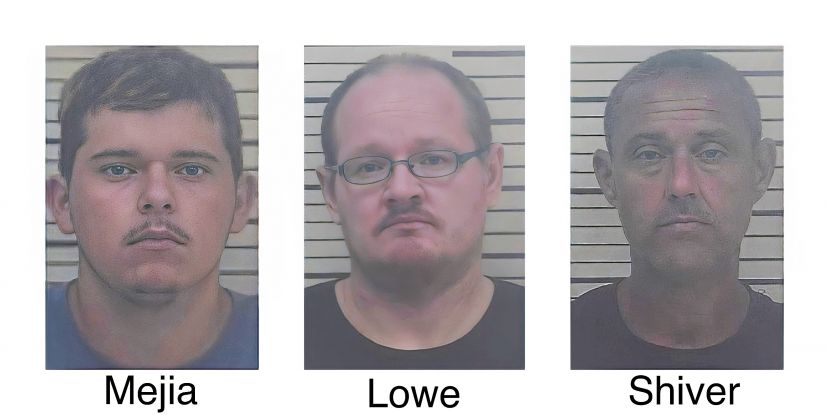 Three local sex offenders were charged within the last week for probation violations after failing to comply with their offender status requirements and have all been booked into the Coffee County Jail.

According to a copy of the jail roster, 35-year-old Joshua Lowe of Douglas was arrested on August 23 with one count of probation violation (sex offender failure to register). Documents show that Lowe was convicted of sexual battery in Atkinson County on May 8, 2009.

This is not the first time Lowe has been charged with failing to comply with his sex offender requirements, even serving time in a Georgia state prison for the offense. According to the Georgia Department of Corrections website, Lowe first served over two years in prison from January 2012 until March 2014 for the Atkinson County sexual battery conviction. He also served a total of a year and a half for not failing to register in Berrien County and Coffee County. He was released on August 7, 2021.

In April, a warrant was issued for Lowe's arrest for failing to report for sex offender treatment "as directed" on April 14, 2022. The warrant states the defendant also admitted to the use of methamphetamine and marijuana on April 11, 2022.

Lowe was denied bond and remains in the Coffee County Jail.

Another local sex offender, 19-year-old Antonio Mejia, was charged with a probation violation and arrested on August 23. According to documents filed in the Superior Court of Coffee County, Mejia was charged in April 2021 with one count of child molestation, one count of enticing a child for indecent purposes, and two counts of computer pornography. However, Mejia pleaded guilty to one count of computer pornography and was only sentenced on that charge, with two being dismissed/transferred and one not being prosecuted. He served a little over 3 months in Dodge State Prison, with the remainder of his 10-year sentence ordered to be completed on probation.

However, Mejia allegedly recently failed to register and is now incarcerated in the Coffee County Jail after being denied bond on the charge.

A registered sex offender in Missouri who resides in Douglas, 51-year-old Craig Shiver, was also recently arrested for failing to register and was taken into custody on August 26. Documents show that Shiver was convicted of sexual misconduct in the 1st degree on November 14, 2013.

Shiver was denied bond and will remain in custody until a court appearance is scheduled in the Superior Court of Coffee County.