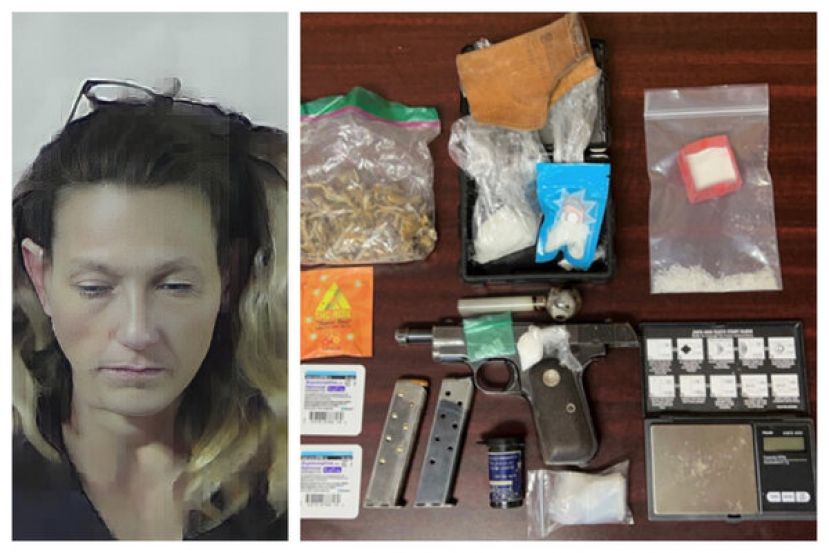 You’re never supposed to sleep on the job — even if you’re a suspected drug dealer.

According to a press release from the Jeff Davis County Sheriff’s Office, on August 12, 2022 at 3:12 a.m., Jeff Davis deputies approached a vehicle that had been parked with the engine running in the Circle K parking lot for a long period of time.  Deputies approached the vehicle and noticed a female who appeared to have fallen asleep or was heavily intoxicated behind the wheel with Nerds gummy cluster candy in her lap.

Deputies were able to wake her up and communicate with her, the driver stated she had fallen asleep waiting on a friend.  When asked for identification, the driver stated her license was suspended and presented an identification card.  The driver was identified as Jud Dodi Druscilla Prezaz, 50, of Brooksville, Florida.  Deputies confirmed the status of her drivers license and placed her under arrest for driving with a suspended license. A search of the vehicle resulted in the discovery of several drug violations, one of which was 10 grams professionally packed and sealed using a “Rick and Morty” cartoon pack.

Quantities of methamphetamine, cocaine, illicit prescription medication, “shroons,” a firearm and packaging materials were found in the vehicle.

This is an ongoing investigation.

More in this category: « Highsmith back in Jail for 20 days on contempt order Third suspect arrested, charged with murder in shooting death of Savion McRae »
Login to post comments