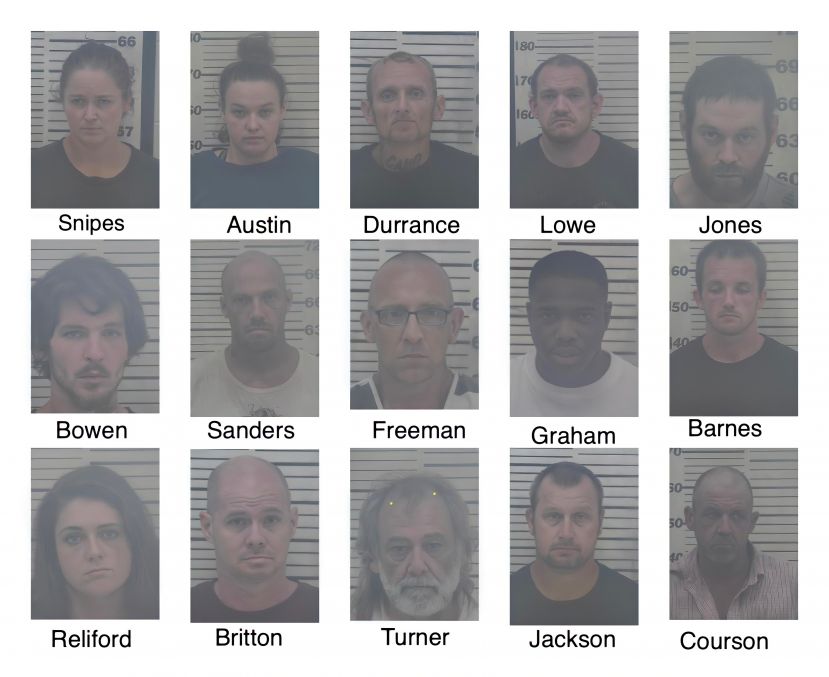 The Coffee County Drug Unit (CCDU) announced another slew of arrests made in July, varying from charges of possession of methamphetamine to the distribution of controlled substances.

The CCDU arrested Berrie Durrance on an outstanding warrant for a parole violation.

Another wanted probationer, Alexa Austin, was located and arrested. Austin was on probation for methamphetamine-related charges.

The CCDU assisted an individual, Shawn Jackson, with his inoperable vehicle parked on the roadway. It was discovered that Jackson's license was not valid, there was no insurance on the vehicle, and he was in possession of suspected marijuana and a syringe. Jackson was arrested and charged with driving without a license, no insurance, possession of marijuana, and possession of drug-related objects.

The CCDU conducted a traffic stop on a vehicle occupied by probationer Noel Barnes.  A search of Barnes' person revealed a digital scale and multiple baggies of suspected methamphetamine. Barnes was arrested and charged with possession of methamphetamine with intent to distribute, and possession of drug-related objects.