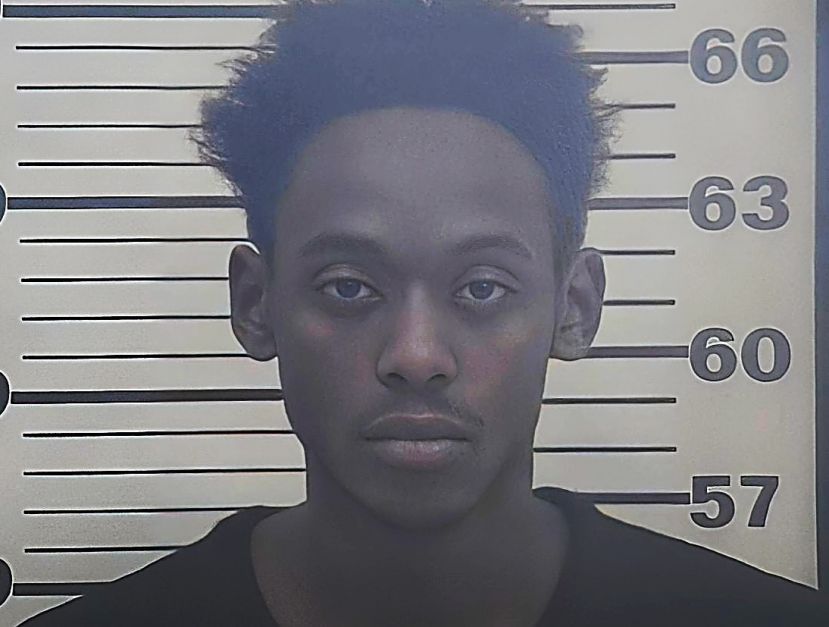 Marthony Zamark Hood, 22, a suspect in the shooting death of Brad Antonio Collins of Homerville, turned himself over to authorities at the Coffee County Jail on Sunday night. The shooting took place in Homerville. Last week, investigators released a BOLO for Hood, naming him the "lone suspect" of Collins' death.

According to a Homerville Police Department incident report, officers were dispatched to 35 Poppel Square in Homerville last Wednesday, July 20, around 5:49 p.m. in reference to a male who had been shot. The report states that while en route, dispatchers advised officers that the victim, Collins, was being taken to the emergency room at Clinch Memorial Hospital. However, Collins succumbed to his injuries and was pronounced deceased.

One of the officers reported that when he arrived on the scene of the fatal shooting, a large crowd was formed in the grass area near the scene, and "people were shouting." According to the officer, it was "quickly established" that the shooting occurred around a red BMW, registered in Collins' name, in a parking spot in the lot.

The officer reported that he and a K-9 detective put up crime scene tape and secured the area around the vehicle.

The report states that the officer discovered several shell casings positioned around the vehicle and one live round laying on the ground in front of the car.

Officers collected all possible evidence discovered at the scene, including the vehicle. The officer reported speaking to several residents outside to "see if anyone saw the event unfold" or had any further information.

A second officer reported following the ambulance to the hospital and then securing the hospital due to a large crowd gathered in the parking lot. The hospital was placed on lockdown, and the officer said he spoke with several members of the victim's family.

The report states that officers in Clinch County searched for the suspect, Hood, in many locations throughout the night but were unsuccessful. Investigators released a BOLO for Hood last Thursday, stating he was suspected to either be in Douglas or Homerville at that time.

On Sunday, July 24, Hood turned himself over to authorities at the Coffee County Jail and was booked around 11:33 p.m. Hood is currently being held for Clinch County in the Coffee County Jail. A copy of the incident report lists charges of murder and possession of a firearm by a convicted felon.