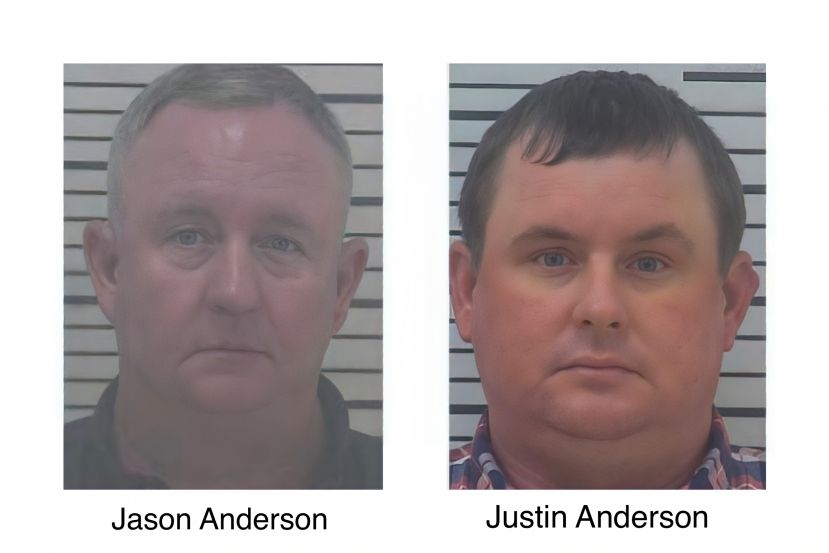 Over 50 individuals appeared in court this past Thursday for arraignments, including Justin and Jason Anderson, who both waived their formal arraignment and entered a not guilty plea on their charges in the 2020 death of Vann Brown. Several other individuals were also on the criminal arraignment calendar, some with charges of murder, aggravated assault, and drug trafficking.

This Thursday was the first time a court date had been scheduled for both Anderson men on their newest charges following their recent indictments. Jason, previously charged with a misdemeanor in Brown's death, was charged with two counts of murder, aggravated assault, and making a false statement by a grand jury in May. His new charges now make him the third person to be charged and accused of causing Brown's death.

Since Jason's newest indictment, his attorneys, A. Alex Brown and John Thigpen Sr. of Waycross, have filed multiple motions on his behalf. According to a copy of a motion filed on June 28, Jason's counsel demanded a list of witnesses, a copy of the defendant's statements, criminal history, physical and scientific evidence, statement of witness, and a Brady motion.

Before the hearing, Jason's attorney waived the formal arraignment, as the majority of the defendants did last week, and entered a plea of not guilty on his behalf.

Justin was initially charged with murder and aggravated assault in 2020 shortly after Brown's death, but was also indicted on additional counts of tampering with evidence and making a false statement in May. According to documents in the Superior Court of Coffee County, Justin also waived his formal arraignment and entered a plea of not guilty. As of Monday afternoon, no other documents have been filed in Justin's case.

Latisha Brockington, who was arrested last month after she allegedly fired a gun at a woman with whom she had a previous altercation, was also denied bond for the second time the day prior. According to documents, on July 13, Brockington's attorney, J.J. Strickland of Valdosta, filed a petition signed by five individuals claiming the alleged victim had been "stalking and harassing" Brockington for over a year. The petition referred to Brockington as a "victim of the circumstance." It said her arrest stemmed from being "put in yet another position to defend herself from the person that physically attacked her with a gun in her own home."

Strickland filed a motion to waive the formal arraignment and entered a not guilty plea on Brockington's behalf the day after her arrest. No other documents have been filed in the case, and no other court dates are scheduled at this time.

Michael Jerome Arnold was arrested in March on several charges, including three counts of murder, armed robbery, and possession of a firearm by a convicted felon. Arnold is accused of taking the life of 27-year-old Rodderian "Rae-Rae" Barnes in January 2022. Douglas Police Department officers discovered Barnes suffering from gunshot wounds on Juanita Street, and he later succumbed to his injuries. Arnold was arrested almost two months later, with a second suspect, Sedric Powell Jr., also being arrested on murder charges last month. Daniel Crumby of Atlanta is representing Arnold. Crumby was not at the hearing last week and the case was continued.

Alexandria Bowen and Skylar Merson also waived their formal arraignments and entered a plea of not guilty on charges associated with an alleged local heroin operation. Merson was arrested in February on several charges, including trafficking in heroin and aggravated assault against a law enforcement officer. Bowen was arrested in May following an indictment by a Coffee County grand jury for charges of trafficking and tampering with evidence.

While Bowen was granted a $75,000 bond last month, Merson is still being held in the Coffee County Jail. Bowen, according to court documents, is being represented by Sam Dennis, and Merson is being represented by Jason Moob, both of Valdosta. A motion of discovery was filed by Merson's attorney in March. At this time, no other court dates are currently scheduled for Merson or Bowen.

Michael Clark, who currently has several pending charges including aggravated assault and home invasion, was also on last week's calendar. Superior Court Judge Andy Spivey denied Clark's bond last month, stating he presented a "significant danger and threat" to the community, property and people while out on bond if he were to be released.

Clark is represented by Chevene King and Dewey Hayes Jr. He also entered a plea of not guilty.

Ashton Hamilton, who was recently arrested in Douglas and Atkinson County cases, also entered a not guilty plea on local charges of aggravated assault, home invasion in the 1st degree, and possession of a firearm or a knife during the commission or attempt to commit certain felonies. Hamilton is being represented by the local public defender's office and also does not have any pending court dates at this time.

There will be no criminal jury trials in the Superior Court of Coffee County in July, with the next trial week set for August.