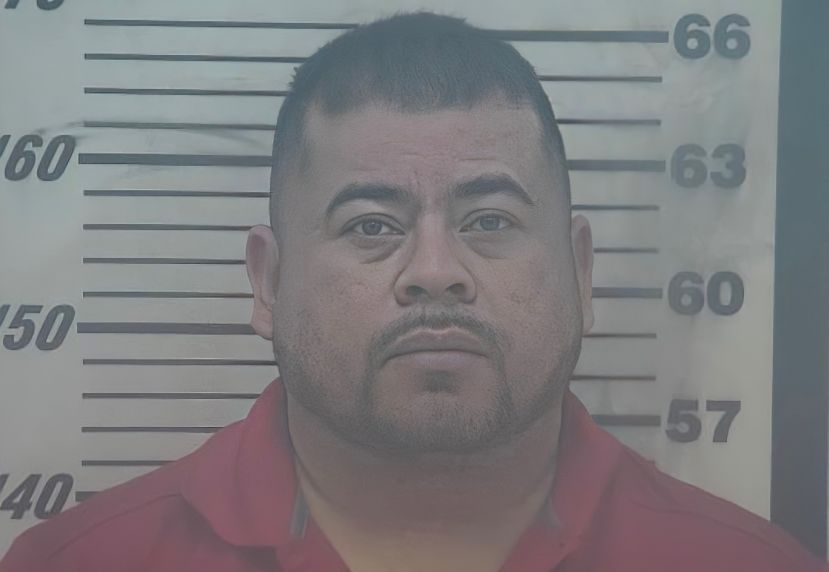 Almost 30 individuals appeared before Judge Kelly Brooks this past Wednesday for bond hearings, including a man, Alexander Cabrera, who is charged with 5 counts of child molestation. Cabrera was one of several individuals on the calendar to be denied bond, with others being denied on a variety of charges, including aggravated assault and drug possession/trafficking.

Cabrera was arrested in May after being accused of molesting a 12-year-old girl at a residence in Douglas. According to a police report, on May 2, a woman was told her daughter had confided in a family member that Cabrera had molested her, and when the woman confronted him about it, "he didn't respond."

The victim's mother reported that she asked her child about the statement, and her daughter initially denied accusing him of the act. When the woman asked her daughter if "anyone had ever touched her inappropriately," she said her daughter began to cry.

The victim then told her mother that Cabrera had been "touching her as long as she could remember."

The report says when the victim's mother went back outside to confront Cabrera, he had left the residence and had not returned. The victim then told her mother that Cabrera had also put his "man part" in her private area, and the victim reiterated that statement to the officer later that day. According to the victim, this occurred twice, with the first taking place "months ago" and the second allegedly happening that day.

At this point, the victim's mother contacted the police department and took her daughter to the emergency room.

The officer spoke with the victim's mother, who said Cabrera had known and lived in the home with the child since she was 1 year old. According to the mother, the victim "called him dad."

According to the victim, on the day the police department was contacted, Cabrera locked himself and her in the bathroom when he allegedly assaulted her.

Cabrera was arrested on May 3 on several charges, including five counts of child molestation, enticing a child for indecent purposes, and cruelty to children in the 1st degree.

Seven local individuals who have pending aggravated assault charges also went before Judge Brooks seeking a bond, with only one being granted. The individuals charged with aggravated assault who were denied bond include James Bowen, Austin Aldridge, Spencer Antonio Carter, Ronnie Alexander, and Ashton Zane Hamilton.

Latisha Brockington, who was denied bond last month after being charged with aggravated assault in May, also had a reconsideration hearing this Wednesday and was again denied bond. Austin Lowe, who has a pending aggravated assault charge and one other felony count, received a bond in the amount of $10,000.

Those who received bonds during Wednesday's hearings include Steven Bradley Howard - Burglary 2nd Degree and Arson 1st Degree; George Shane Ables - Burglary in the 2nd Degree, Possession of Tools for Commission of a Crime, Making a False Statement, Criminal Trespass, False Report of a Crime; Katie Ann Clinton - Financial Identity Fraud (3x), Financial Transaction Card Theft (3x), Financial Transaction Card Fraud (3x), and Theft by Deception; Latavion Drenard Crapp - Possession of a Controlled Substance (Ecstasy) and Purchase/Possession/Manufacturing/Distribution or Sale of Marijuana; Brandon Earl Williams - 2 Counts of Unlawful for Any Person to Purchase/Possess or Have Under His Control Any Controlled Substance: (Morphine Sulfate Extended-Release and Pregabalin), Possession of a Schedule IV Controlled Substance: Alprazolam, Possession of a Firearm or Knife During the Commission of or Attempt to Commit Certain Felonies, Crossing State/County Guard Lines with a Weapon without consent: Pistol, Prowling/Loitering, DUI, Prowling or Loitering, Driving with a Suspended License, and Open Container; Jordan Elijah-Marquan Perry - Child Molestation, Sexual Exploitation of Children, Statutory Rape, and Enticing a Child for Indecent Purposes, and Matthew Richard Mullins - Criminal Use of an Article with Altered ID Mark (Other than Motor Vehicle) and Theft by Receiving Stolen Property.

The next bond calendar is set for August 17.