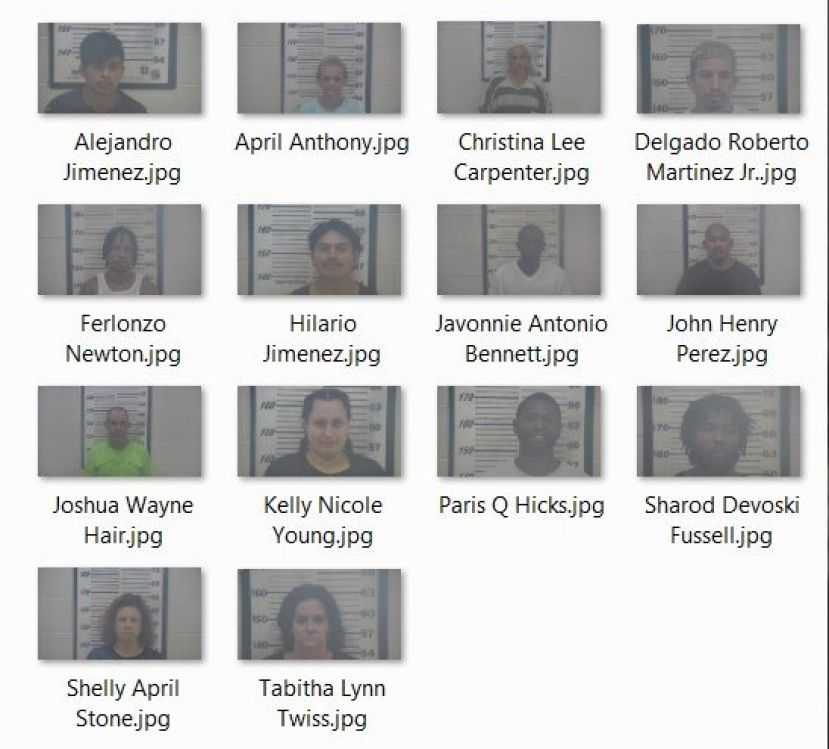 June 1 - The CCDU located a wanted person, Tabitha Twiss, at a local Douglas Motel. Twiss had active bench warrants for failing to appear in court for possession of methamphetamine, theft by taking, possession of marijuana, and possession of drug-related objects.

June 13 - The CCDU observed a suspicious vehicle without a properly displayed tag, later determined to be driven by Paris Hicks, in the area of North Pearl Ave. The CCDU attempted to conduct a traffic stop with Hicks, but he evaded officers by traveling down side streets and changing directions numerous times. Hicks was eventually located near a local grocery store, driving through the parking lot several times in circles.  The CCDU parked in the parking lot, and Hicks confronted detectives in regard to why he was being followed. It was discovered that Hicks had a warrant for his arrest through Douglas Police Department. He was also found to be in possession of suspected crack cocaine. Along with the active warrant, Hicks was charged with possession of a controlled substance, obstruction of a law enforcement officer, and abandonment of a controlled substance.

June 13 - The CCDU located a wanted person, Kelly Young, in Douglas. Young was wanted on warrants for her involvement in a previous possession of methamphetamine with intent to distribute case.

June 19 - Another wanted individual, April Stone, was located in Douglas. Stone had warrants for her involvement in a previous possession of methamphetamine with intent to distribute case.

June 19 - The CCDU located and arrested Javonnie Bennett in Coffee County. Bennett had active warrants for possession of a controlled substance and possession of methamphetamine.

June 24 - Wanted probationer Christina Carpenter was located by CCDU officials in Douglas. At the time of her arrest, Carpenter was found to be in possession of suspected methamphetamine. She was arrested on the outstanding

warrant and faces an additional charge for methamphetamine possession.

June 29 - The CCDU conducted a traffic stop on a vehicle driven by Sharrod Fussell. Fussell fled from the traffic stop on foot and into a wooded area. A perimeter was established in the area with the assistance of the Douglas Police Department. Several hours later, Fussell attempted to run past the perimeter and was pursued across the street. He attempted to hide under a residence, but was apprehended. He was charged with obstruction of a law enforcement officer, and it was discovered that

Fussell was currently on probation.