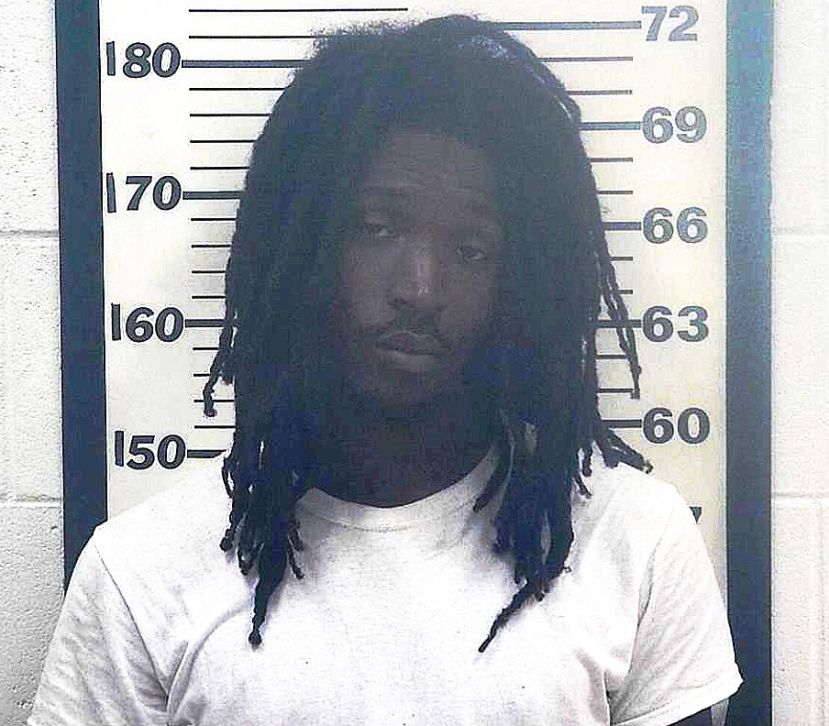 A local 20-year-old is now facing serious charges after he allegedly assaulted his mother by hitting her with a silver pot approximately 30 times and choking her for several minutes. The suspect, Tydarius Lester of Douglas, referred to himself as "the God and the Devil" during the reported attack.

According to a Douglas Police Department incident report, on June 17, an officer was dispatched to a residence on MLK Drive about a possible assault. When he arrived, a woman told him her son,  identified as Lester, had attacked her.

The officer reported observing many apparent signs of injury, including blood "all over" her face and head, a cut about her left eye, a knot above her left eye, a cut at her hair line on the front of her head, a bruise on her left arm, bruising on the front and back of her neck, a cut on the middle portion of her scalp, and a bruise on the back of the head.

The victim said Lester "forced" her back door open, which is located in the kitchen of the residence. She then told him "to leave and stay away from her," and he responded by shouting profanity.

According to his mother's statement, Lester began saying he was "God and the Devil." At this point, the victim said she grabbed the phone and attempted to call for her, but her son "grabbed her from behind and started to choke her." Lester threatened his mother by telling her, "God was not going to keep her alive, and he was going to kill her."

The report says the victim accused Lester of "choking her for several minutes" before they ended up on the floor. To stop Lester from continuing the assault, his mother said she "played dead, but it didn't work." She then tried to defend herself by kicking him, "hoping he would get him off her." Once again, Lester threatened her by saying, "God is not going to save you" and she "was going to die."

Lester then allegedly grabbed a silver pot and began striking her with it approximately 30 times before he began asking her for money. She said she grabbed a knife and "swung it at him" but did not know if it made contact.

The victim told Lester "the money card" was in her car, and he walked outside to get it. While he was not in the home, the victim and a 2-year-old child inside the residence ran to her neighbor's house, who then contacted 911.

According to the report, Lester left the residence in his mother's car, and the officer released a BOLO. Later that day, the officer was told by a 911 operator, "the family was out with Tydarius [Lester] at Sears Mobile Home Park." He went to the location and served Lester with warrants before taking him into custody.

Lester was arrested on Aggravated Assault, Theft by Taking (vehicle), and Cruelty to Children in the 3rd Degree and taken to the Coffee County Jail for processing.

According to documents in the Superior Court of Coffee County obtained by DouglasNow, Lester was on probation when he was arrested after receiving one count of entering a vehicle in 2019. He pleaded guilty to the count and was sentenced to five years probation. However, he was arrested in January for violating the conditions of his probation and served 100 days in jail.

In 2020, his first year on probation, Lester was charged with Transfer of Firearm by a Felony First Offender and two counts of Purchase/Possession/Distribution or Sale of Marijuana. As a part of a plea offer, two of the charges were dismissed, and Lester pleaded guilty to one count of possession of marijuana less than an ounce. He was sentenced to 12 months probation.

On his most recent charges in the alleged assault against his mother, Lester was denied bond on all charges and is being held at the Coffee County Jail.