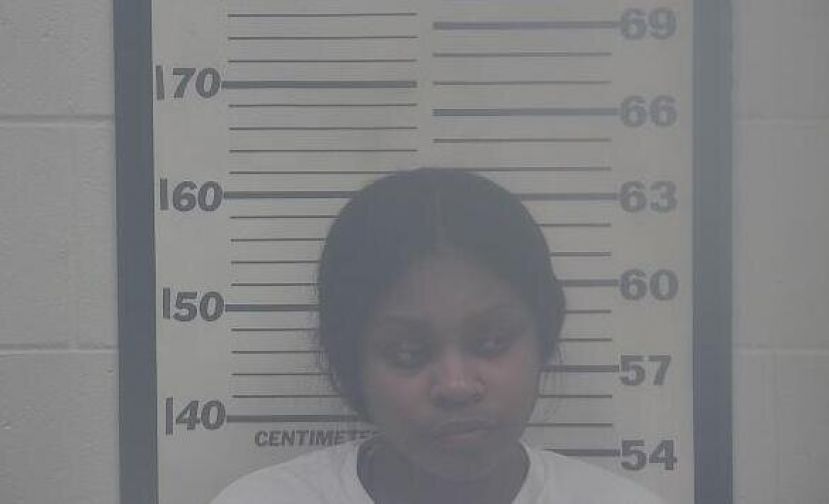 A Douglas woman is behind bars after allegedly shooting another female on May 29.

According to an incident report obtained from the Douglas Police Department, Latisha Brockington, 32, allegedly shot Courtney Sanders, 32, after they got into an argument in front of Sanders’s home on South College Avenue.

The report states that a party was going on across College Avenue from Sanders’s home; however, people were parking in front of Sanders’s house to attend the party. In the report, Sanders stated that she was telling people not to park in front of her home when a white Honda Accord pulled up. Jamiya Brockington was driving the vehicle and Latisha Brockington was in the back seat.

In the report, Sanders said that Jamiya was “cussing at her about parking there and then drove off heading north on South College Avenue.” Moments later, said Sanders, the Accord pulled up again, this time with Latisha driving. Sanders then reported hearing two gun shots and getting hit in the left arm. Sanders stated that the car headed south then came back to the house going north. She said she heard one more gun shot as the vehicle came by. A witness corroborated Sanders’s information.

DouglasNow learned that Latisha and Sanders have a history with each other. Last year, the two were involved in an altercation of some kind and Sanders allegedly pulled a gun on Latisha. Sanders was arrested and charged with aggravated assault. She is out on bond; a condition of her bond is that she stay away from Latisha.

Latisha was charged with aggravated assault and is being held at the Coffee County Jail. She waived an arraignment and has entered a not guilty plea. Thus far, Latisha is the only person charged in this incident. She has a bond hearing June 15.

More in this category: « Felon back behind bars after allegedly shooting at neighbor McVeigh released on bond after second felony charge in five months »
Login to post comments