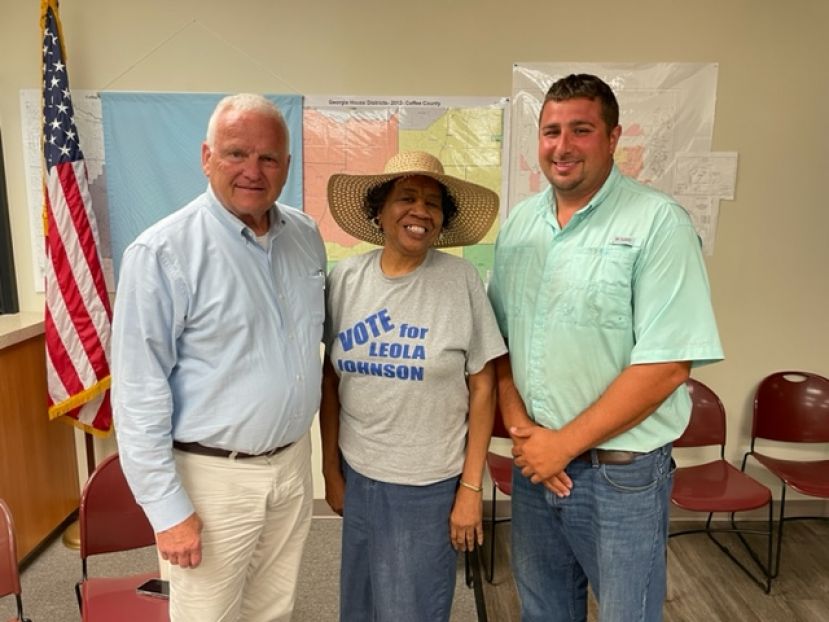 Over 4,000 local voters cast ballots in the 2022 primary election, deciding five local races and following state trends in the others.

In the school board race, Leola Johnson, who was appointed to the seat after the death of Tonya Wilkerson in January, defeated challenger Michael Newton 500-323. Steve Bailey and Latorya Edwards squared off in the special election for the Ward 6 city commission seat, which was vacated after Bob Moore retired last year. Bailey defeated Edwards 327-74. Incumbent District 3 county commissioner AJ Dovers outlasted challenger Mike Kubek 693-232.

Two assistant district attorneys in the Waycross Judicial Circuit challenged each other for the District Attorney position in the six-county circuit. Marilyn Bennett of Pierce County won over Ian Sansot of Douglas 14,043 to 4,211. In Coffee County, Bennett won 2,240-1,697.

Republican incumbent Carden Summers of Cordele won Coffee and the district in the State Senate District 13 race. He defeated two other candidates and will go in without a runoff.

There are still precincts throughout the state that haven’t reported all of their election results as of Wednesday afternoon. Once all the votes are tallied, the Secretary of State’s office will announce which races are headed for runoffs. Several are expected but there is no official word yet.