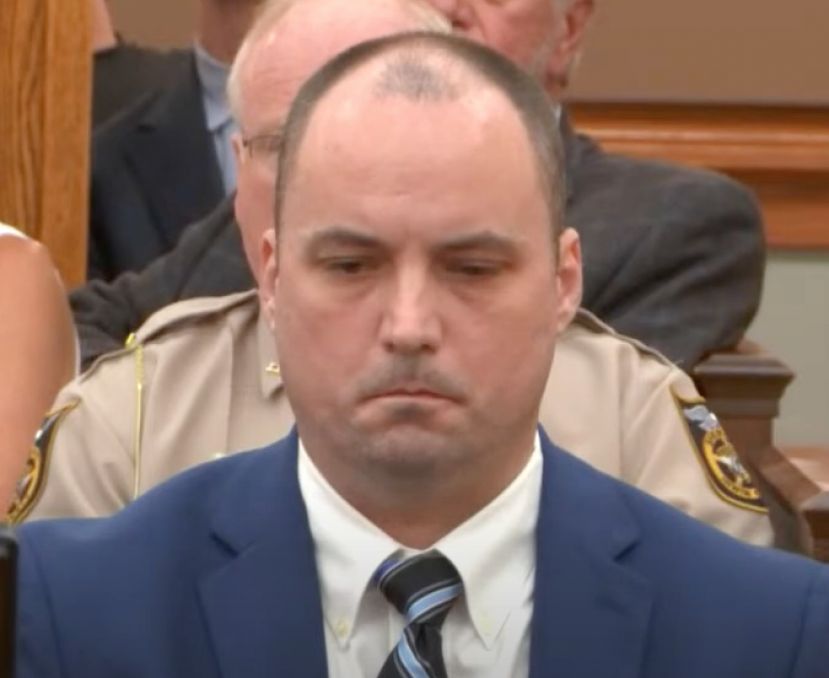 Following a two-week trial in the death of Tara Grinstead, Ryan Duke was acquitted last Friday for her 2005 murder but was found guilty of concealing a death after he admitted to the crime on the stand during his testimony. This morning, Ryan was sentenced to serve ten years in prison, the maximum sentence for the crime, and will receive credit for the last five years spent in the Irwin County Detention Center.

The hearing began at 9:30 a.m., with Ryan's defense attorney, Ashleigh Merchant, asking Judge Bill Reindhart to sentence him as a first offender and requesting he be released on time served. Merchant told Judge Reindhart she had spoken to members who served on the jury, and it was her understanding the jury was "focused on a question relating to the venue in the indictment" during deliberations. The indictment accused Ryan of concealing a death in Irwin County, which Merchant said "confused them" because the crime occurred in Ben Hill County. "They were essentially hung up on whether there was venue, and they relied on Bo Dukes being found guilty in Wilcox County for concealing the death. I believe there is evidence it did not happen in Irwin County, and we know that, which is a lack of sufficiency of the evidence."

Last, Merchant also contested the statute of limitations tolling period ended when the state had actual knowledge of both the defendant's identity and the crime. "In this case, the state had actual knowledge; they had testimonies from Agent Rothwell and Garlan Lott that the police had actual knowledge in 2005. It was in their police file of Ryan and Bo Dukes. It was in their case file in 2005, and all of the evidence of the actual crime was seized in 2005 in Irwin County. Additionally, Mr. Grinstead testified that he had a presumption of death of Mrs. Grinstead before the statute of limitations would've run, and the statute is four years in this case. We argue that the verdict should be directed because of that."

Judge Reinhardt denied the motions and allowed the state to call any of Grinstead's family members or friends to the stand to speak before his decision.

Grinstead's stepmother, Connie Grinstead, spoke to the judge on behalf of herself and Tara's father, Billy Grinstead. "October 24, 2005, was the beginning of one of the most painful journeys a family can ever deal with. There are words that remain in our memories forever: missing, disappeared, vanished, and murdered. For over 11 years, we went to bed every night wondering where Tara was, and we woke up every morning with the same question - 'Where is she?' We wondered if she was dead or alive. We knew if she was alive, she was being held against her will, which caused even more anxiety because we knew then she was being abused. Through the years, anytime we learned remains had been found, it was devastating to us as we waited to see if those remains were Tara's. Some days, we even hoped to find her alive because that had happened in other cases with other young women who had been gone longer than Tara. There are so many days the heartache was so great we could barely function."

Connie spoke of Tara's character, praising her for being "such a good teacher who encouraged her students to reach their full potential and wanted them to do well."

As for her feelings regarding Ryan's testimony and "excuse" for remaining silent before his arrest in 2017, Connie stated, "The defendant said he stayed quiet because of Bo Dukes. Bo was in prison many years ago on federal charges, and Ryan stated silent. He really wants us to believe he couldn't stand to think about Tara's purse being stolen and felt it was his duty to return it to her? That doesn't sound like fear. He would return her stolen purse, but did nothing when he thought Bo had killed her. Did he feel that stealing was worse than murder? That's what it feels like.

"We didn't accuse or defend anyone in 2005 because we didn't know. We stood firm until 2017 when he was arrested, and even then, we didn't criticize. We waited for this case to go to trial, but sadly this case has been tried in the court of public opinion, documentaries, and podcasts for years. Some even tried to drive the narrative to 'make it more entertaining'. There were cross-country tours about the case, with trivia questions about Tara that hurt us deeply."

Connie tearfully told the judge that ever since Tara was reported missing, they published a letter in the local newspaper in Ocilla until Ryan and Bo were arrested in 2017. "In one letter, we even said if it was an accident, and the person responsible didn't mean to hurt her, to please just tell us, and we would stand with you. The defendant remained silent. In his confession, he seemed genuine, sincere and remorseful. He looked like a person who was ready to tell the truth, and in his testimony last week, he appeared to be coached and well-rehearsed. It is amazing to see how crystal clear his memory became after spending some time in jail. Billy and I are not spiteful and do not hate anyone, but we will always hate what this defendant did to Tara and all of us who loved her.

"We do not want the defendant to leave here believing anything he has said or done regarding Tara from 2005 until today has ever been helpful, has brought us peace, and never will. Whether he spends his time behind bars or walks out a free man, we know he will never really be free of what he has done. I pray he will seek and find God's forgiveness. He has imposed a life sentence of pain on us, and every day we have to find a way to cope with what he did. Tara's voice was silenced forever when she was murdered, and we are here today to be her voice. We ask that you give him the maximum sentence, even that would be less time than what we spent looking for her for so many years."

Anita Gattis, Tara's sister, followed, "On October 24, 2005, around 10:00 a.m., my life changed forever. 'They can't find Tara' - those four words, four small words, threw our family into a spiral. We are still living in that out-of-control spiral, as days have turned into weeks, weeks have turned into months, and months migrated into years. This continuous nightmare is our life."

Gattis spoke on her feelings about the trial, saying the dozens of testimonies and evidence presented "ripped open old wounds and felt like acid was being poured on them." She also testified to Tara's character, saying she was a Christian woman who only wanted to help her students go down the right path and someone who loved life.

"Ryan Duke has been in jail for the last five years at the Irwin County Detention Center, but I have personally lived in hell for almost 17 years, to be more specific, 6,533 days, Ryan Duke. That is seven years less than the sentence that I, and the rest of Tara's friends and family, expect from your revolting actions. He may have been acquitted on several charges, but does that make him innocent? Absolutely not."

Tara's lifelong friend, Miriam Seeley, also asked the judge to give the maximum sentence, telling Ryan she hoped he begged for forgiveness every day.

While Ryan had the opportunity to speak during the hearing, Merchant stated he had chosen not to speak, because, "Today is for the Grinstead's." Merchant did present a letter from the warden at the Irwin County Detention Center, in which he called Ryan a "model inmate."

Before announcing the sentence, Judge Reindhart looked at Ryan and stated, "You don't know what kind of pain your actions cause until someone reminds you that they live with the fact that they can't find Tara every day. Every day, they couldn't find Tara, and it is true that despite whatever your selfish feelings were for not coming forward, you still had the power to stop that pain for years and years. I agree that your testimony was remorseful, I believe every statement you made was remorseful, and you should be remorseful. It won't ever leave you, what you've been through, but it will never leave them until the day they die."

Judge Reindhart closed, "They didn't do anything but love her; all they did was love their family member, stepdaughter, sister - that's all they did, and that cannot be minimized or forgotten."

Ryan received ten years in prison, with the five years he has served in jail awaiting trial being counted toward his sentence. With Ryan already completing over half of the maximum possible time for the crime, he will be eligible for parole when he walks through the prison doors.

More in this category: « WGTC RN program named tops in the state Young to stand trial Wednesday on possession of firearms charge »
Login to post comments