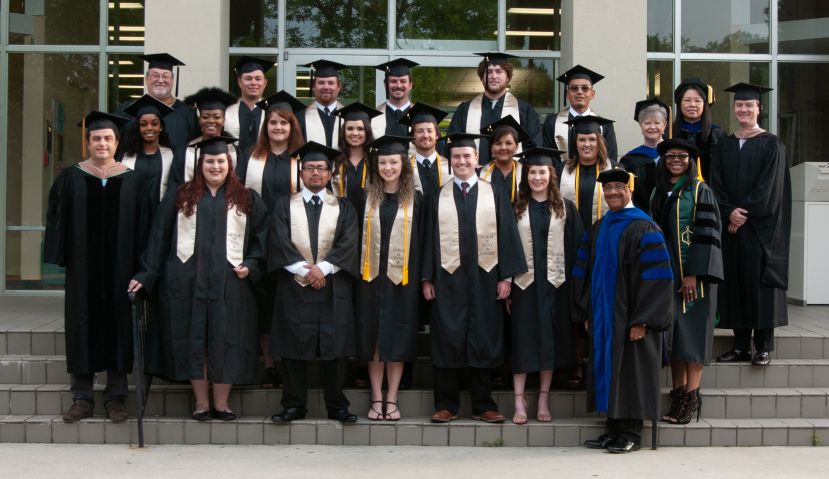 Most degrees conferred at South Georgia State College since 2013

South Georgia State College continues to see positive results in the six years following the 2013 consolidation of Waycross College and South Georgia College with the maximum number of graduates in 2019. Since the joining of the two campuses, the college saw its highest numbers in degrees conferred with a 41 percent increase from spring 2014 to spring 2019.

South Georgia State has been deliberate in placing the attention on academic support and student success over the past several years to align with the University System of Georgia’s goals. With the adoption of the 2019-2024 strategic plan, Moving Forward, strategies have been developed and implemented to “improve student success rates as measured by course completion, retention, graduation and transfer to other post-secondary institutions after attaining a degree from SGSC.” Programs addressing the Student Success Goal in Moving Forward includes a college-wide retention plan and events to support student engagement. For example, a new professional advising model has been put in place to include activities targeting at-risk students and supporting ongoing and meaningful academic interventions and assistance.

“Student success is our number one priority at South Georgia State College. To this end, we have committed a significant portion of the college’s resources for the next five years to support initiatives that will positively move the needle on student retention, successful course completion, graduation and transfer,” explains SGSC President Dr. Ingrid Thompson-Sellers.

South Georgia State College’s number of degrees conferred reached a record high of 374, including an impressive growth in the bachelor degree programs. At the 2019 spring commencement ceremony, 65 of the 374 graduates earned a bachelor’s degree in either nursing, biological sciences or management. With the recent addition of three new bachelor’s degrees, the numbers are only expected to rise in the upcoming years.

“As an alumna of Waycross College and now as an employee of South Georgia State College, it has been exciting to see the increase in the number of graduates. In my role as Registrar, I see firsthand the difference the strategies are making in the success of our students,” states Ame Wilkerson. “Coupled with the initiatives of the University System of Georgia’s Momentum Year program designed to help students in their crucial first year of college and our own new student advising plan, I can understand why we have seen substantial gains. I look forward to our continued success in this area.”

Students earning a Bachelor of Science in Management (BSM) degree gather on the steps of the William S. Smith Library prior to the 2019 commencement ceremony.