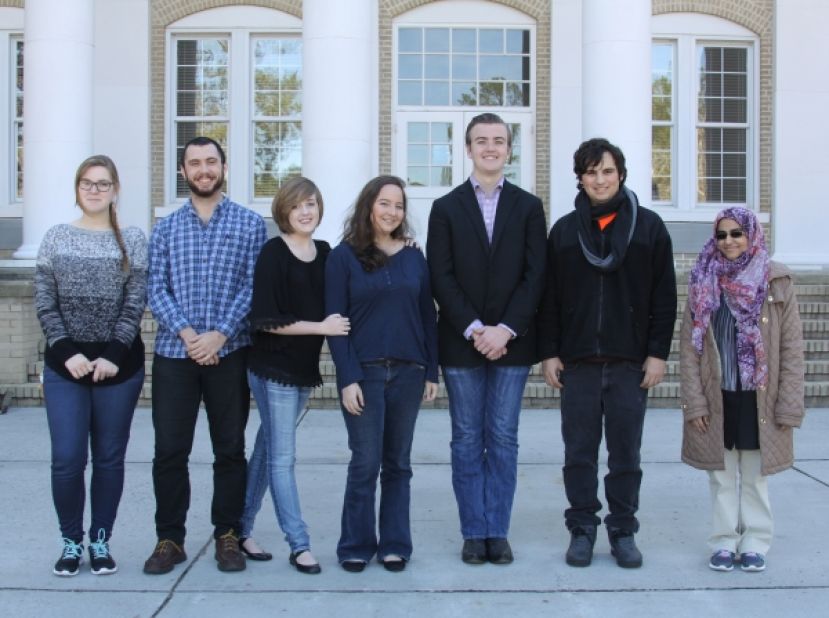 The SGSC Academic Quiz Teams competed in the 2018 National Academic Quiz Team (NAQT) Sectionals Playoffs over the weekend of Jan. 20. For the first time in almost a decade, SGSC had enough members to send two teams to the competition.

The SGSC 'A' team finished at 4-5, while the 'B' team went 1-8. While it was challenging for the 'B' team, the team consisted of members who had previously been strong contributors coming off the bench now being asked to start and play the whole tournament. “The members on the 'B' team showed great resilience and team spirit in continuing to fight despite the losses; the experience should help them when they become our 'A' team next year,” commented Dr. Frank Holiwski, Quiz Team advisor. “Also, the one victory posted by the 'B' team, in round six of nine, was a dominating performance; SGSC B won over Gateway B by a score of 225-50.”

The 'A' team got off to a rough start and finished two wins short of the goal; however, two of the five losses by the 'A' team were to the powerhouse teams from Chipola. Chipola teams usually go on to either win at Nationals, or finish second to the team from Valencia. Further, SGSC had a lead on Chipola 'A' at half time of their match, and was tied with them at question 16 out of 24. SGSC’s members nearly pulled off the upset of the tournament, but Chipola 'A' escaped in the last few questions. Further, three of the four SGSC 'A' victories were won by a large margin.

There were some individual accomplishments worth noting as well. 'A' team captain, Hailey Williamson finished 11th out of approximately 40 members. Saadia Akram and Josh Thomas, both on the 'A' team, finished 14th & 15th respectively. The highest scorer from the 'B' team was Travis Simmons, who finished at a very respectable 21st place.

The SGSC 'A' Team consisted of Hailey Williamson (captain) from Fitzgerald, Ga., Saadia Akram from Waycross, Ga., Alejandro Briceno from Douglas, Ga., and Josh Thomas from Alpharetta, Ga. Members of the SGSC 'B' Team were Valentina Briceno, Abby Pruitt, Travis Simmons, all from Douglas, Ga, Kaelyn Tyler from Hazlehurst, Ga., and Melissa Williamson from Fitzgerald, Ga.

Due to their ranking at the sectional playoffs, the SGSC Academic Quiz Team has earned an invitation to the Community College Championship Tournament (CCCT) to be held in Chicago on March 2nd and 3rd. Invitations go to the top 24 schools and SGSC ranked 21st. This will be SGSC's third trip to Nationals in the last four years.