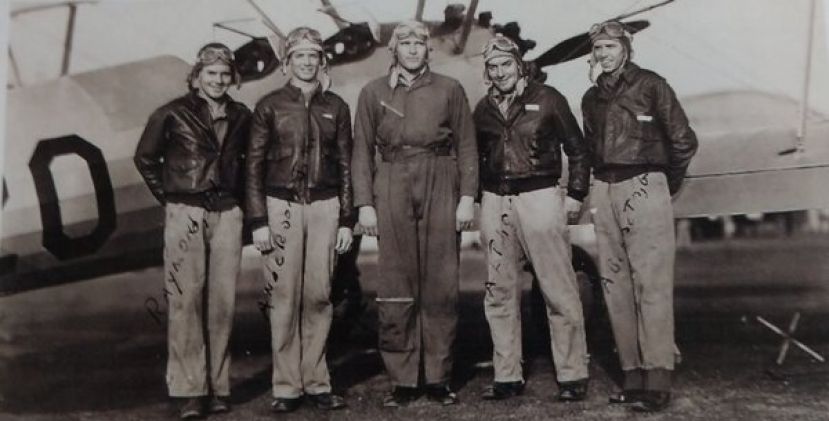 Discover Georgia’s legacy of inspiring wartime stories at the sites that make up the new World War II Heritage Trail, launching on February 16, 2021. Southern states were critical to the war effort during World War II (1941-1945), and none more so than Georgia. Over 300,000 Georgians served in the military, and thousands of civilians worked in rapidly expanding defense industries.  Ten sites across the state have partnered to bring a new experience to visitors, families, and groups.

Trail visitors can take flight in a World War II aircraft, build a Liberty ship, explore a pilot training base, march in the boots of the Band of Brothers, and learn the personal stories of courage, character and patriotism displayed by the men and women involved.  Suggested routes for North Georgia, Middle Georgia and the Coast make it easy for visitors to experience two or three locations over a weekend. A Trail “passport” has been created so visitors can track their progress along the route, debrief their visit, and receive a confirmation stamp with the “V for Victory!”

In 2018, the newest of the ten partner sites opened on St. Simons Island, the World War II Home Front Museum.  This museum tells the inspiring story of Coastal Georgia’s extraordinary contributions to winning World War II.  At that time, the Coastal Georgia Historical Society’s Executive Director, Sherri Jones teamed up with Scott Loehr, President of the National Museum of the Mighty Eighth Air Force in Savannah to reach out to WWII sites across the state. The goal was to unite our passion for WWII history and to make Georgia’s rich heritage more accessible to all.

The World War II Flight Training Museum and the 63rd Preservation Society in Douglas eagerly joined in this endeavor.  Of the 55 civilian Primary flying training centers across the country during World War II, the airbase in Douglas is the most intact.  Many of the buildings, the field, and hangars are still pretty much as they were in 1941.  Thousands of cadets, flight instructors, and support staff were stationed in Douglas during the war.  It is important to tell their stories of service and sacrifice.

The Heritage Trail will be one of only four World War II Trails in the nation and will be promoted domestically and internationally by Explore Georgia, the tourism division of the Georgia Department of Economic Development, through their website ExploreGeorgia.org, media outreach and sales efforts. In the interim, Georgia residents and leisure visitors can experience the collection to learn more about the state’s involvement in the war, both at home and abroad.  The Douglas Coffee County Chamber of Commerce Director of Tourism, Emily Courson is excited to support a new experience that will appeal to visitors seeking drive destinations and meaningful travel. Ms. Courson agreed that it is hard to talk about travel during the pandemic. However, when it is safe to travel, we want Douglas and the World War II Flight Training Museum to be one of your travel destinations.

Learn more about the Georgia World War II Heritage Trail by visiting www.georgiawwiitrail.org.  Note that operating hours have been affected by Covid-19; please refer to the website when planning your trip.