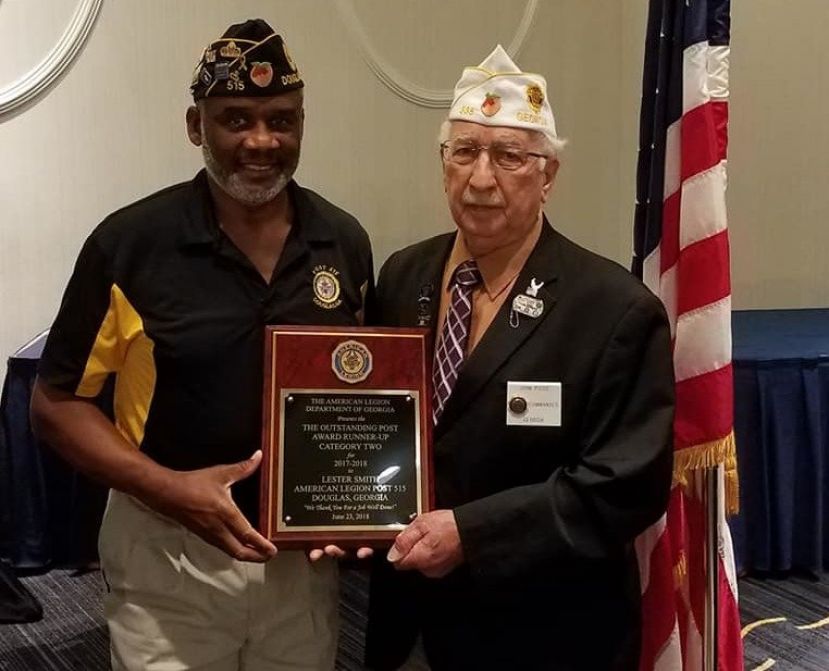 American Legion Post 515 has been named the Second Most Outstanding Post in Georgia for the Legion year. The award signifies that Post 515 excelled in all American Legion categories.