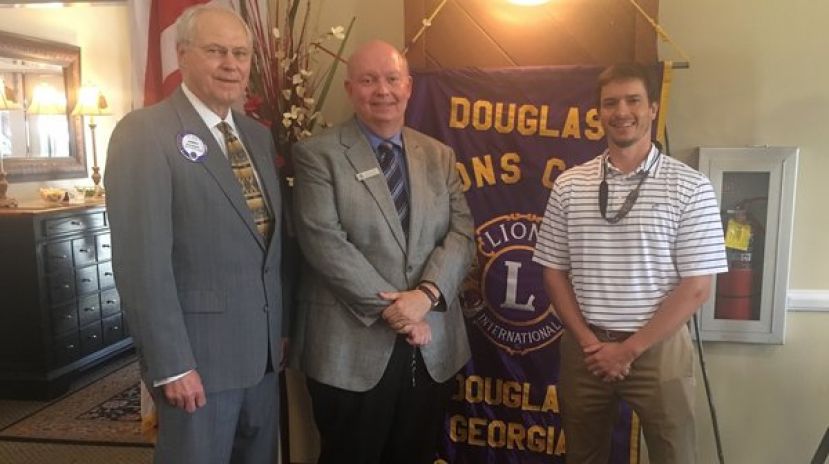 Dennis Dunn, Chief Deputy Attorney General, was in Douglas on Tuesday, July 25, 2017, and was the guest speaker at a Douglas Lions Club meeting. Dunn serves as the primary legal advisor to the Attorney General and oversees attorney casework at the Department of Law.

Although Dunn works for the state of Georgia, he was born and raised in Pittsburgh, Pennsylvania. He has lived all over the world and is a proud graduate of Ansbach American High School located in Ansbach, Germany. After graduating high school, he spent his next four years in the Air Force. During this time he was a part of the security service and spent two years north of London, England and the remaining time in Myrtle Beach, South Carolina. It wasn’t until then when Dunn decided that he wanted to leave the Air Force and further his education in political science at Stetson University in Deland, Florida. Soon after graduating, Emory University School of Law located in Atlanta, Georgia invited Dunn to attend and offered him a half tuition scholarship. Before attending law school, Dunn worked as an assistant city manager for the city of Daytona Beach Shores, Florida, for nine months.

It’s now 34 years later and Dunn has made a successful career for himself at the Attorney General’s office. He worked in the criminal division for the first seven years. This division handles death penalty cases, murder appeals and habeas corpus actions. He revealed that his experience was wonderful in many ways but could be crucial at times. Before leaving the criminal division he was handling 38 death penalties, 250 murder appeals and habeas cases.

Dunn explained that most people think of the Attorney General’s office as just another state agency, but there are over 300 employees, 155 attorneys, investigators, auditors and even nurse practitioners who all perform different type of work. Dunn tries to relay the message to future employees that there is something really unique about working at the law department.

The Douglas Lions Club members concluded the meeting thanking Mr. Dennis Dunn for the hard work that he and the Attorney General’s office provides for the state of Georgia.