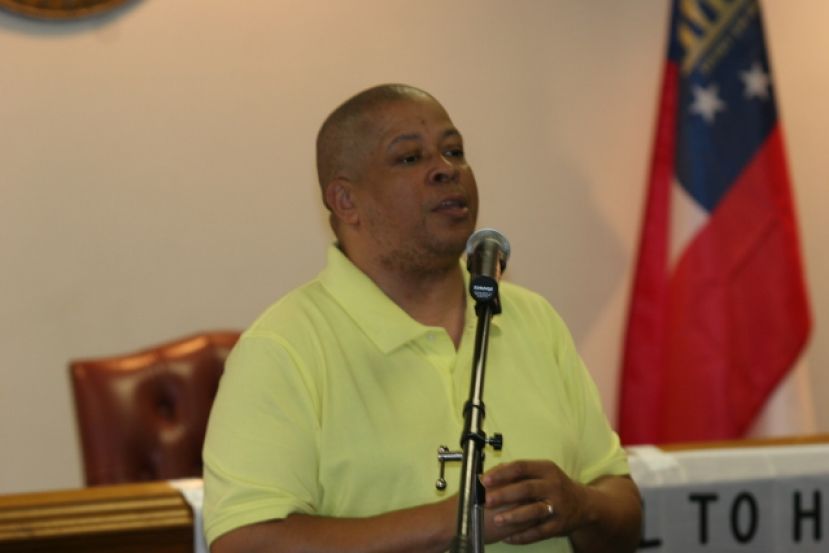 “Prayer leads to revival. We all have too much to do to waste our time with something that God isn’t involved in. Without prayer, there is no revival,” said Pastor Willie Williams at the National Day of Prayer ceremony at the Coffee County Courthouse Thursday afternoon. Williams was one of three local clergymen who spoke at the meeting. The other two were John Butler and Sam DeCasper.

Citizens filled the jury assembly room downstairs almost to capacity for the ceremony. Following remarks from Butler, DeCasper, and Williams, the Coffee High School show choir sang two songs. Then Dr. Morris Leis, school superintendent, began a time of prayer where those who wanted to offered public prayers for a variety of institutions, organizations, individuals, and agencies in the United States.

The significance of the place and those in attendance was not lost on the audience. At a time when open displays of Christianity in government is becoming more and more frowned upon, officials opened the Coffee County Courthouse for an hour or more of prayer, and high school students – under the banner of Coffee High School – set a tone for worship with a pair of powerful Christian anthems.

We live in a period of uncertainty, unrest, distrust, and a swelling tide of civil disobedience. To see the community come together, if only for a few moments, in worship, prayer, and concern for our nation, was very comforting and encouraging indeed.