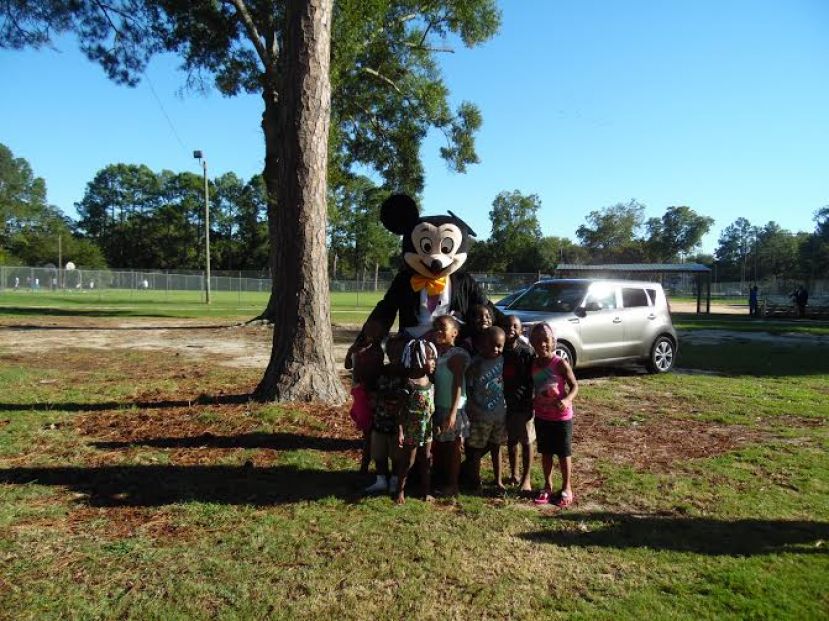 Tensions between citizens and police are high these days and unfortunately headlines reporting violence and bloodshed between the groups are all too common. One local man is working to combat the growing unrest and wants to remind everyone that police are people, too. Billy Ray Fields of the Coffee County Sheriff’s Department and Ocilla Police Department organized an event to bring police and citizens together at Roundtree Park on Sunday.

While Billy Fields worked the grill, Spongebob Squarepants and Mickey Mouse entertained the kids and some played basketball and football in the park. The Coffee County Fire Department provided water for a dunk tank and many members of law enforcement were in attendance at the event. Fields said his goal was to remind people that underneath all the badges and uniforms, law enforcement officers are just people, and that “good cops are still out here.”

Fields estimated that 100 people came to attend the event that had started at 1 p.m. and lasted into the evening. A local dance team, Futuristic Southern Girl coached by Angelica Grady and Latoya Harmon, performed a dance number as part of the entertainment. Later, a prayer vigil in honor of the city and the hard times that many are facing nation-wide was held in the park.

The message that Fields set out to send, one that he had displayed on a banner on his truck, is that “Good cops’ lives matter too.” With law enforcement in plain clothes interacting with citizens in a happy setting where everyone was either laughing or smiling, it was easly to see that peace can exist between the two groups and that, with just a little effort and hope, everyone can make a difference.

More in this category: « DPD's citizen police academy off to a successful start FCCLA students recognized for outstanding achievements »
Login to post comments